The Carolina coast has always inspired New Leaf’s design aesthetic. Each seaside town or community is a little bit different. So are the homes that New Leaf builds.

Creating distinct floor plans and the desire to capture Wilmington’s spirit are found in the innovative spaces New Leaf is building along the coastline of North Carolina.

New Leaf kicked off its work in Wilmington in January 2022 at Riverlights, a unique community located right along the banks of the Cape Fear River. Since then, 20 active construction sites have opened and seven new homeowners have closed on New Leaf-built residences. New Leaf is Focused on Being Different

Eight home plans are available with square footage ranging from 1,573 feet up to 2,469 feet to meet the needs of many different lifestyles. Residents can choose from the Coastal or Piedmont collections, each boasting distinct features.

Those who make Riverlights their home won’t lack things to do. Walking trails line the Cape Fear River. Numerous parks, an activity center, and swimming pool are available for the whole family to enjoy. And Marina Village has plenty of shops, dining options, and entertainment for residents. The neighborhood frequently hosts a variety of concerts and markets that homeowners can walk or ride their bikes to. What’s Next in Wilmington

Alan Degen, who’s worked for New Leaf for over 10 years, was recently promoted to Division President in Wilmington. He and his family moved from Charleston to Wilmington a year prior to starting any construction, solely to focus on the expansion into the divisoion.

Alan quickly discovered the many benefits of his new coastal town. “A personal draw for me was it has that small-town feel,” he noted.

Alan said he expects the number of home starts to double in 2023. He projected 80 homes would begin construction next year, about half in Riverlights and additional homes planned in other Wilmington neighborhoods.

The expansion to Wilmington has been a total team effort from Alan’s perspective. He said Sales Consultant Tyler Henrikson played a crucial role in walking new buyers through the process as New Leaf established itself in the Wilmington market.

“A lot of kudos goes to Tyler for being engaged with the customer and seeing them through from the onset of September last year. We’ve had customers who were engaged from day one. It takes a very special person to keep those people engaged and see it through to the very end.”

He also notes that the dedicated construction team has also been critical to New Leaf Wilmington’s early success. “Having that tie-in of existing [construction] team members made it easier to get buy-in.” Recently, New Leaf hosted an Autumn Open House at Riverlights to show the model home, the outstanding Gates floor plan, which is part of the Piedmont Collection. The Gates, a spacious 2,330 square foot master-down floorplan, is designed to feature all the important rooms downstairs while allowing room for growth with a second story.

The model home opened fully furnished by Sapling, the in-house furniture service curated by New Leaf’s very own design team. Sapling’s unique hand-selected pieces on display in the home are also available for anyone who purchases a New Leaf home. Buyers can order the furniture they love and fully furnish the house so it’s ready on move-in day.

New Leaf is just getting started in Wilmington. In spring 2023, Riverlights will debut Model Row, featuring two New Leaf model homes. It’s the perfect way to truly see what life in the community is like and see the unique aspects of New Leaf’s designs.

Browse our available floor plans, community amenities and more at the Riverlights community page, or send a message below to our team! We strive to deliver the best building experience for our customers. Locally rooted, we value innovation, collaboration, integrity and quality craftsmanship in everything we create.

Start your morning with a quiet walk from your Vil

The Villas at Hayes Park are designed around a com

Hayes Park is exactly what Johns Island has been w Read the stories of some of our homebuyers, from the memories made during the building process, to how they are using their homes today. A Custom Vision Comes to Life Making the Best of a Good Situation First Family of the Domus Collection A Family Enclave in the Woods Keeping Up With the Joneses 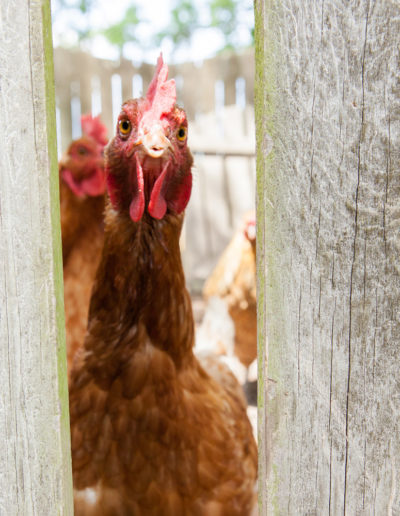 The Perfect Nest for A Growing Brood